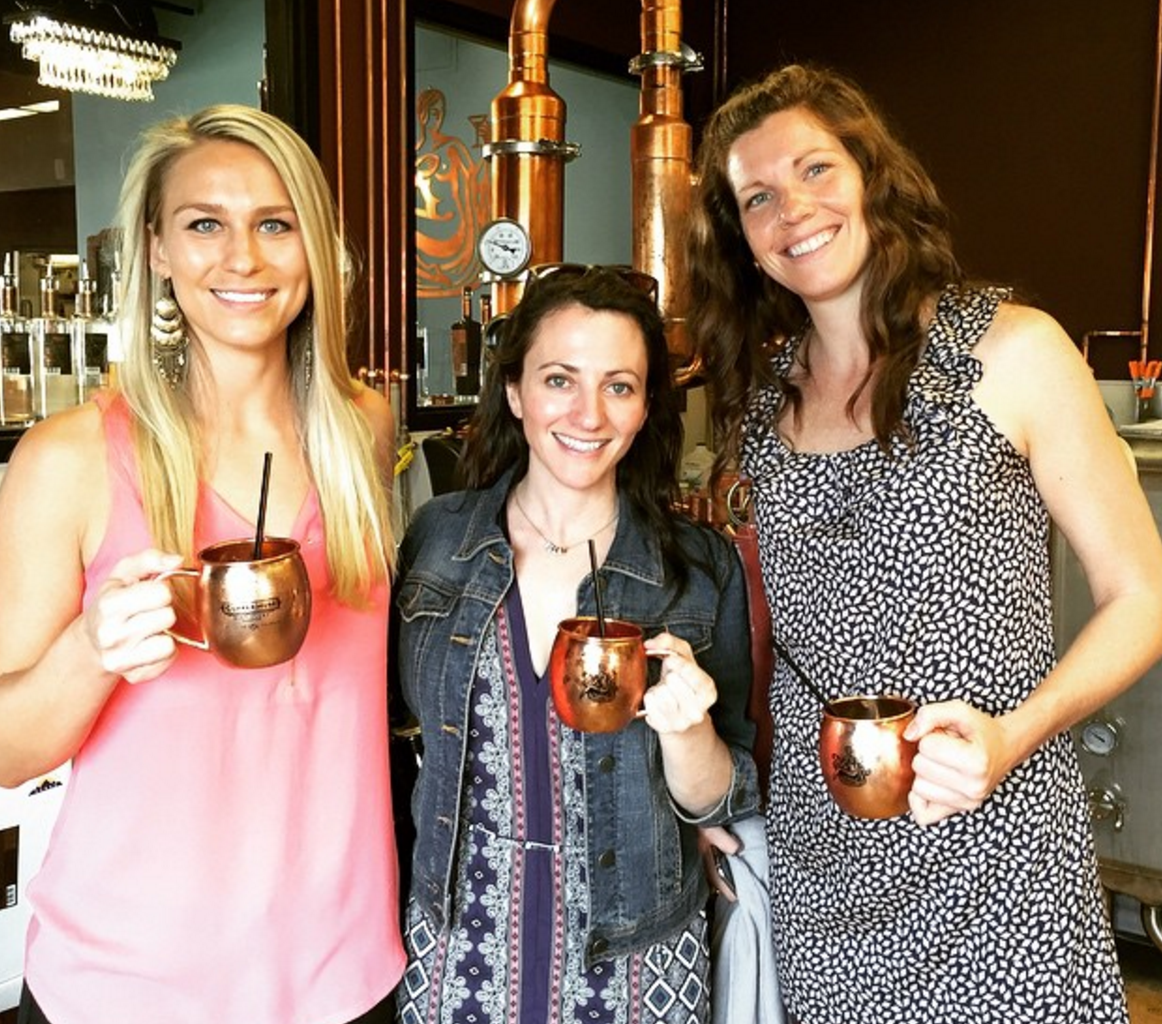 When it comes to the Moscow mule mug, that's exactly how it started. Back in 1941, a Russian woman named Sophie Berezinski, walked into the Cock 'n' Bull on Hollywood's Sunset Strip with a sack full of copper mugs. As it happens, John Martin, the owner of Smirnoff was there, and he bought them on the spot. It was the perfect gimmick for getting the dying vodka brand back on its feet. Enticing people with the now infamous Moscow Mule served in a copper cup was just crazy enough to work!

Fast forward to the summer of 2012...a woman named Robin Behrstock walked into a pub called Up The Creek, in Vail, Colorado. A few minutes later the local liquor rep walked into the pub to deliver copper mugs to the bar. As the employees at the bar gathered around with excitement, Robin had an idea! "So many more restaurants and bars and households could be serving drinks in copper mugs," she thought in her head. She quickly pulled out her phone and with a little research she realized that very few companies were selling copper mugs at the time and she had the resources and knowledge to bring the product to the market. So she bought a domain on the spot (at the bar, on her phone) built a simple website, setup manufacturing and started marketing. 4 years later, Moscow Mule mugs are everywhere and there are hundreds of other companies making copies of our mugs. During that time, we've perfected the manufacturing process, using the highest quality pure copper, with a quality control team in place to inspect each mug that goes out the door. And now we've expanded our product line to include much more than just mugs! From mint julep cups, to shot glasses, beautiful trays, copper garden tools and much more, we're sure we have just what you're looking for. Check our our online store today!

While our company has grown and changed, one thing remains the same...our customers come first! Thank you to all our amazing customers and to everyone who has supported us throughout our journey! Cheers!